An Introduction to the parish...

Slaugham Parish is reasonably large in terms of area and unusual in having four distinct settlements, the villages of Handcross,  Pease Pottage, Slaugham and Warninglid in the northern part of the District of Mid Sussex and the County of West Sussex.

Beyond the four villages the parish is situated in High Weald Area of Outstanding Natural Beauty (with the exception of a very small area north of Pease Pottage.) and consists of open countryside and extensive woodlands, much of it ancient woodland. There are isolated farm houses but the proportion of the parish population living outside the villages is very small.

The earliest parish records are thought to date back to 1606. The Parish lies alongside the A23 London to Brighton road and is one of the larger parishes within the Mid Sussex District Council area. There are approximately 1,200 households in the parish with a population of 2,700.

The following statistics are drawn from a variety of sources, most especially the Slaugham Parish Rural Community Profile published by Action in rural Sussex in January 2012. Many of the data sets used have relied upon the 2001 Census.

The State of the Parish Report published by the Parish Council in October 2012 identified the following matters relating to Nature conservation:

The four villages each have a distinct heritage.

Handcross (see more here)
Despite considerable modern expansion, Handcross retains a historic core centred on the High Street. The majority of the buildings date back to the 19th century, but a number, including some that are listed, are 18th century or earlier.

The High Street is a busy through route and suffers from the effects of heavy traffic. Nevertheless, it is still visually attractive and the buildings substantially retain their original character and appearance and there are a number of interesting features.

Further south is Nymans, a National Trust property with a historically significant garden and house. Both Nymans and High Beeches (about a mile northeast of the village) are listed in English Heritage’s Register of Parks and Gardens of Special Historic Interest. The extensive Hyde Estate around the north of the village is forested for commercial timber and is used for breeding and hunting game.

There are two public houses: The Royal Oak, on Horsham Road and The Red Lion, an old coaching inn. In addition, there is the Handcross Parish Hall and the Sports and Social Club. The recreation ground in the High Street is owned by the Parish Council and contains the Pavilion. There are two churches: All Saints, C of E in the Horsham Road and Zoar Baptist Chapel in the High Street.

Pease Potatge (see more here)
Pease Pottage is so called because convicts on their way to Horsham Gaol were given a bowl of pottage here. There is a public house in the village, The Black Swan, on Horsham Road. The village has a florist which is a reminder of the extensive nurseries which were once there.

Slaugham (see more here)
Slaugham was originally one of the ‘iron villages’ of the Sussex Weald. Slaugham, which is designated a conservation area, includes a variety of building styles and ages including a number of buildings which are timber framed, red brick with half tile hung and tiled roofs and others which are constructed with sandstone blocks and occasionally with stone roofs.

The parish church of St Mary is a Norman church with a 13th century clock tower and a Victorian clock. Lord Nelson's sister is buried here. The southern side of the churchyard provides views towards the ruins of Slaugham Place, an Elizabethan mansion, which is a scheduled ancient monument and a registered park and garden. The white telephone box is a Grade II Listed Building. The Street also has two unique lampposts, topped with the royal crown

Warninglid (see more here)
Warninglid dates back to Saxon times and had connections with the medieval iron industry. It contains the Seaforth Hall and a cricket ground. The Street is the focus of the conservation area and contains a number of buildings dating back to the 16th century. Some of these are listed as being of special architectural or historic interest.

The attractiveness of The Street is due to the variety in ages and styles of building; the predominant use of traditional and natural building materials, e.g. sandstone, brick, timber and clay roof tiles; the traditional style street lamps and road signs directing traffic to adjacent villages/towns; the sense of enclosure created by the buildings and the banks, hedges and trees adjacent to The Street; and the village pond with an arching sandstone bridge leading to the drive of Lyndhurst Estate, creating a focal point.

At the centre of the village is a crossroads and the Half Moon public house, a Grade II listed brick and stone building dating back to the 19th Century. Nearby, the former St Andrew’s Church, built in 1935 and now converted to a residential property, has some of the finest examples of modern stained glass in the south of England. On the outskirts, old buildings like Bells Farm, Harveys Farm, Freechase Farm, Portways Farm and Routwood, all dating from the 15th and 16th centuries, have developed into charming houses in delightful rural settings. The oldest recorded house is on Cuckfield Lane but the Street is the oldest residential road.

The main sources of atmospheric pollution arise from the proximity of Gatwick Airport and roads such as the A23, the B2114 and the B2110.

MSDC have two air quality monitoring sites within Slaugham Parish. These take the form of nitrogen dioxide (NO2) diffusion tubes. Based upon ongoing NO2 data, and data historically measured in 2009 and 2010, no Air Quality Management Area (AQMA) threshold limits have been triggered. Mid Sussex District Council have also confirmed that there are no new or newly identified local developments that may have an impact within the Local Authority area.

The climate of the parish is described as a local variant of the British sub-oceanic climate. People living locally comment on micro-climates, the seeming differences in weather between Slaugham and adjacent areas.

Only significant body of water in the Parish is the start of the Ouse at Slaugham and the associated mill/furnace ponds.

There is currently a water related project which affects some residents of Slaugham Parish. Because of flood risk to Crawley and Horley, the environment agency proposed four flood storage reservoirs, one of which is ‘Clay’s Lake’ at the bottom of Parish Lane in Pease Pottage. The project was initiated in August 2014. The work will involve many lorries travelling back and forth over Parish Lane on a daily basis. This has been a major cause for concern for the residents of Parish Lane

The Parish forms part of Mid Sussex authority in the South East of England and is in an area classified by the Environment Agency as water-stressed. There is currently insufficient water available to meet demand forecast in the South East Water (SEW) area, without implementation of a number of demand management and water efficiency measures, along with numerous new water resource options, which are set out in SEW Water Resources Management Plan 2014.

This plan and water efficiency measures that will be implemented, along with numerous new water resource options, is essential to ensure that forecast demand for water will be met.

Slaugham parish is situated on part of the Wealden Group of soils which are predominantly clay over sandstone so making the soils heavy and prone to water retaining properties. This leads to the agricultural classification of the soil as 3-4 in this area with 3 being Good to Moderate with 4 being Poor.

The Parish also has large areas of woodland again resulting in the soil being of less historic agricultural use. With the change in modern agricultural methods Slaugham now has a more extensive range of pasture, with increasing areas being used for arable production. (See more details here)

Slaugham Parish comprises the villages of Handcross, Pease Pottage, Slaugham and Warninglid and dispersed settlements scattered within the parish boundary.

The population of the Parish comprises approximately 2,770 within 1,130 households with:


The number of parish residents has grown between 2001 and 2010 by approximately 20%. This compares with an average growth of 6% for both West Sussex and England.

The percentage of pensioners within the parish’s population has decreased slightly from 15.5% to 14.6%, while the percentage of children under 16 has remained the same at 21.7% (comparing census figures for 2001 and 2011). Slaugham Parish represents 1.98% of the total Mid Sussex population of 139,860.

Slaugham Parish is a not a deprived area when measured against national statistics. However, there are 138 residents living in income deprivation. The Parish has approximately half the national average in Jobseekers Allowance claimants, Employment Support Allowance/Incapacity Benefits and people receiving unemployment benefits.

Crime statistics are not published for the local area, but there is no reason to think that Slaugham Parish differs materially from the rest of the Mid Sussex District. Mid Sussex has low crime rates compared to the national average: Overall crime of 18.4 per 1,000 residents (England 37.6); violent crime 6.0 (England 13.3); burglary 3.1 per 1,000 households (England 10.8).

The major road in the Parish is the A23 London to Brighton Trunk road. This runs north-south and splits the village of Handcross into two sections. Pease Pottage Is located mainly to its west, but includes properties to the east on Tilgate Forest Row and Old Brighton Road. A variety of A and B roads run roughly east-west in the Parish, and are joined by a network of rural lanes.

In addition to motor vehicles, the networks of rural roads are popular with horse riders, cyclists and pedestrians. There is a riding stable in Warninglid that also generates equine traffic, posing a risk to cars and the cars to the horses and riders. Excessive and inappropriate speed of cars and lorries is also a problem on these roads.

Coos Lane, the road between Handcross, Slaugham and Warninglid is a narrow twisting country lane that in some places cannot even accommodate two cars. Speeding through the villages and on the country roads, along with the lack of footpaths or cycle paths compromises pedestrian, equine and cyclist safety. High Beeches Lane (B2114) leading away from Handcross to Balcombe is an accident hot spot.

Public Transport
Public transport within the Parish is very limited as there is no railway station, and bus services are insufficient and decreasing.

Hourly bus services to Brighton and Crawley run from Pease Pottage, taking in Handcross and Warninglid. There is no bus serving Slaugham village.

Handcross also has a community bus with a variety of regular routes to local towns. This is run by volunteers and is dependent upon grants from the district council and local charities as well as fare paying customers. A large number of passengers are in receipt of a bus pass.

Public transport within Slaugham Parish is not suitable for commuters; therefore any new developments will need to take account of employment, transport and parking needs.

According to the OCSI Rural community profile for Slaugham parish (2013) 78.0% of residents are economically active. The skill level of the local population is generally high with 32.3% qualified to degree level or above compared to 27.4% across the whole of England. 13.8% of those aged 16+ have no qualifications (22.5% England). In the parish 49.2% of employed people work in managerial,  professional or associate professional occupations, suggesting that many people commute to the larger employment areas of London, Crawley, Gatwick and Brighton although some professional people do work from home on a full or part-time basis.


Mid Sussex’s vision for the district is “A strong Mid Sussex economy where business profits fully from economic growth and where our residents have the opportunity to work within their communities”. Slaugham Parish will take this into consideration when assessing its Strategic Objectives. 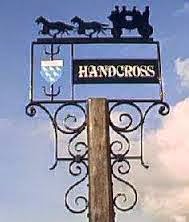 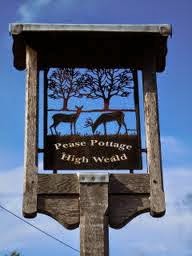 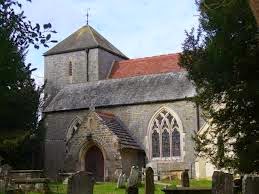